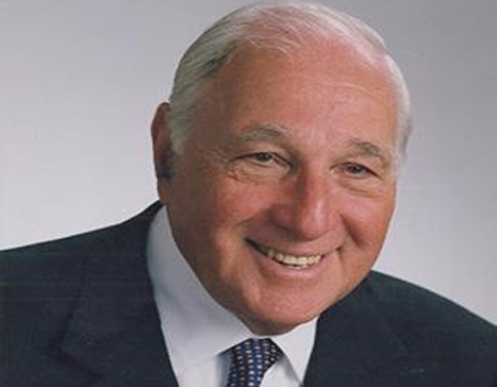 Daniel Rose, was born on October 31st 1929, attended public school in Mount Vernon, New York, then the Horace Mann School and Yale University. He spent the Korean War years as a military intelligence analyst in the U.S. Air Force.


During a 60 year career at Rose Associates, of which he is the Chairman, he developed such properties as the award-winning Pentagon City complex in Arlington, VA and the One Financial Center office tower in Boston, MA, and as a consultant, conceived and implemented the concept of "housing for the performing arts" in New York's Manhattan Plaza. Has served as "Expert Advisor" to the Secretary, U.S. Department of Housing and Urban Development and as "Expert/Consultant" to the Commissioner of Education, U.S. Department of Health, Education and Welfare; and he has served on a number of New York State and City of New York panels and advisory boards on taxation, housing and economic development.


Winner of a number of national Cicero speechwriting awards, he has received Honorary Doctorates in Humane Letters from Long Island University; in Engineering from NYU/Polytechnic University and in Science from Technion-Israel Institute of Technology. He is a Fellow of the American Academy of Arts and Sciences. A founding member of the NY Institute for the Humanities. he is also founding Chair of the Forum for Urban Design, Chairman of the national Jewish Community Centers Association, Vice Chairman of the East West Institute, Vice Chairman of the Baltic American Enterprise Fund and is Treasurer of the Police Athletic League. He founded and is Chairman Emeritus of the Harlem Educational Activities (www.HEAF.org)


Other honors include the Ernst & Young "Man of the Year in Real Estate", the NYC Mayor's Award of Honor for Arts & Culture, and the W.E.B. Du Bois Award from Harvard University. He serves on multiple corporate and philanthropic boards, has been married for 58 years to Joanna and they have four children and eleven grandchildren.